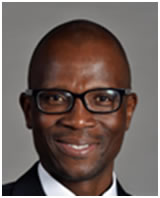 Current:
Mr David Masondo is the Deputy Minister of the Department of Finance of the Republic of South Africa from 29 May 2019. He is a member of the National Assembly.
Past:
He served as MEC of Finance in Limpopo in 2011, He was in charge of the province’s money when Cabinet put five departments – Treasury, education, roads and transport, public works, and health and social development – under administration in December that year.. He was a member of the Provincial Legislature at Limpopo Provincial Legislature (Provincial-Legislature) until 6th May 2014

Current:
Member of the African National Congress (ANC) (Party). He is currently the head of the OR Tambo School of Leadership.

Mr David Masondo enrolled for a Teaching Diploma at Giyani College. He enrolled for a BA in Law, Wits University. At Wits, he became the president of the student representative council and studied for his Honours and Master’s degrees.